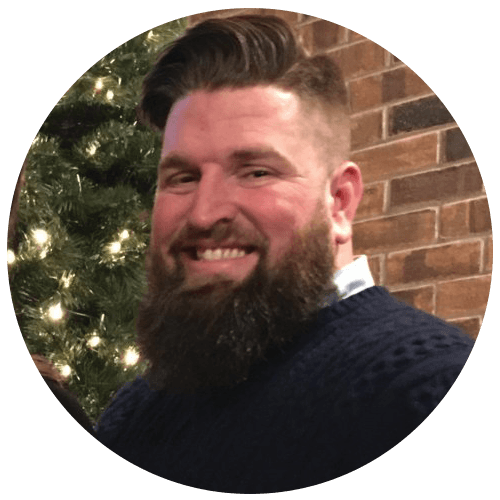 My problem started when I was doing sermon prep for a Sunday message.

One of our network pastors wrote the message and I was looking it over, changing some things, and getting it ready for our location. I came across a passage that I have probably read hundreds of times throughout my life. I mean, I even took a class on the book itself in Bible College. But it struck me differently this time than it ever had before.

Paul, writing to believers in Rome, makes this statement: “My heart is filled with bitter sorrow and unending grief for my people, my Jewish brothers and sisters. I would be willing to be forever cursed—cut off from Christ!—if that would save them.” Romans 9:2-3 (NLT)

Stop and read that again. I don’t know about you, but this messed me up. Paul says he is willing to be “cut off from Christ” if it means his people would come to be followers of Jesus.

So I did what every good pastor should do, and I challenged my congregation with the passage and thought I was done with it. But the Holy Spirit wasn’t done with me yet. It started to eat at me and caused me to lose sleep. I was talking with people about it constantly, getting their opinions, re-reading it, and it wouldn’t go away.

I think the thing that was messing with me the most was the fact that most of the people that I interacted with on a regular basis were already a part of my church. I knew plenty of people outside of my church, but I didn’t know them enough to be separated from Christ for them. I didn’t know their stories, I didn’t know their heartaches, their victories or defeats; they were just semi-familiar faces around town. And I knew that had to change. I started thinking, “What kind of event could the church have so that we could get a bunch of new people so that I can learn their stories?”

There I go again, trying to get people to come to me in order to make it easier for me to do what God was asking of me. There was a lot of “me” involved.

So instead of asking people to come to me, I discovered what the second most important thing that people need daily is (second to Jesus), and became a barista at a local coffee shop. Here is what I have found out in just 5 short months: there are a lot of hurting people in my community. Pain does not discriminate against age, sex, race, cultural background, or social class.

I’ve had the opportunity to pray with someone in the drive-through that had just found out their friend committed suicide. I was able to walk with a co-worker through the loss of her mother to a long battle with cancer. I have given marriage advice; answered questions about baptism, tithing, and communion; been able to apologize for the hurts “the church” has inflicted on people; and shown people that Christians and pastors aren’t always weird… all because I am frothing some milk.

I had been reminded that I was called to go and make disciples before I was ever called to pastor a church.

Friends, I know some of you have been bi-vocational for a long time, and I also know some of you are making a great impact on your community. However, I still think we can all be challenged to change up our routine so that we have the opportunity to see those around us differently. It might look like sitting at a coffee shop every Tuesday so you start to know the regulars, or it might mean volunteering as a coach for a community sports team, or it might be attending high school sporting events and cheering on the team, or it might mean substitute teaching. But whatever it is, remember that it’s all about finding ways to put names and stories with those faces you see around you.

Scripture says that Jesus was moved with compassion; Paul said that he is filled with sorrow; and I now grieve with people I would have never known, if I hadn’t done something different.

“Healthy people don’t need a doctor—sick people do. I have come to call not those who think they are righteous, but those who know they are sinners.” Mark 2:17b (NLT)

Are you willing to make a change in you routine so others will see Jesus differently? It might have been the best thing I did in 2019.
Posted in Leader Devotion

Uncelebrated Seasons
Listen
Stir It Up